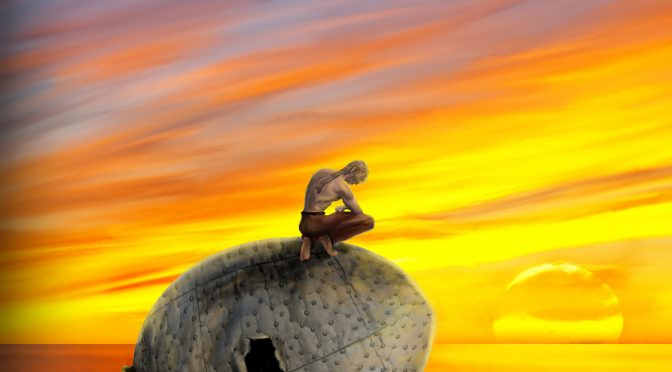 A meteor appears in the bright day, and passes over the sky with a long tail; Earthquakes are shaking the west of Rubidium; a long extinct volcano again spits ash and lava; a huge tidal wave brings death and destruction to the shores of the North Yodan Sea – and shortly thereafter the Temple of Light and Darkness sends a diverse adventure party onto a secret and dangerous mission.
What will fate bring?
For an Elf who has been stranded in the nowhere and lost his memory?
For a young and talented summoner who is just following in his master’s footsteps?

This breathless fantasy thriller takes the reader into a threatened world and a desperate race of heroes against time.

Lacarna and her family are brave warriors fighting with the rebels against the servants of the Great Old Gods. But some devastating events cause the elf to question the value of their struggle. One day her son finds and shows her a dimensional gate leading to a different world. Lacarna is conflicted between her loyalty to the rebels and a future of peace together with her family. It seems there is a great opportunity for the rebels to turn the tide. But Lacarna’s intuition warns against it. She has a difficult choice to make. This short volume is the prequel to The Wheel of Fortune series.